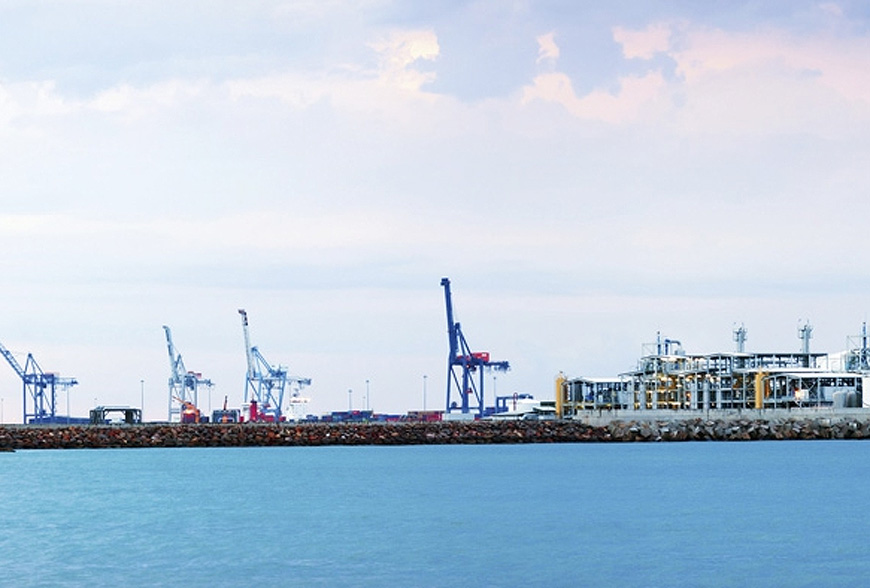 Kartesia helped dry bulk stevedoring operator Portsur solve a tricky financial situation and will support the expansion of its portfolio of activities to meet increasing demand for ancillary services. Portsur’s CEO Javier Herrera describes what it is like to work with Managing Partner Jaime Prieto and Investment Manager Tomás Neuhaus.

As the sole operator of the port’s newly-built south terminal until 2041, the company has exclusive access to a diverse and captive group of industrial, construction and agricultural customers. The terminal was built at a cost of €40 million, with financing provided by a regional bank.

Two years after the new terminal was constructed, conditions took a turn for the worse. With operations starting in September 2008, the ramp-up phase needed strong economic tailwinds. But the tough environment caused financial performances to fall short of the initial expectations, proving that the capital structure was not sustainable in the long run.

“We were determined to make the deal”

Convinced of the Spanish operator’s potential, Kartesia entered into negotiations to acquire Portsur’s debt commitments. “Our objective is to reduce the debt level of the company and to fund new growth initiatives,” says Tomás Neuhaus, Investment Manager at Kartesia. In December 2015, KCO III acquired the complete financing package from the original lender, amounting to €50 million of face value comprising Portsur’s senior debt and a junior tranche that was converted into 51% of the equity in March 2016, which is pending approval of the Port Authority. “The company’s managers had their hands tied because of the enormous amount of debt Portsur had to repay. The bank could not provide them with the flexibility they needed. Our financing solution reduced the debt level by 50%, which was a release for the company,” Tomás explains.

Kartesia’s team was proactive in sourcing the deal. “Origination took us nearly a year. Portsur’s debt was held by a regional bank that intended to include the loan in a multi-billion package and sell it to a fund manager whose play for value recovery is based on statistics. We were very interested in the company, so we convinced the bank to sell Portsur’s loan individually to maximize its value. This led to an auction. We bid and finally got the investment that we wanted.”

According to Tomás, the fact that both he and Managing Partner Jaime Prieto are Spanish was key: “Our capacity to engage on a common language and background enabled us to rapidly build up the relationship with all the stakeholders”. In particular, he and Jaime had several talks with the Port Authority, which views the upcoming investment programme as very positive for the port of Castellón.

“Once the restructuring is completed, we will enter a new phase in Portsur’s development,” says Portsur’s CEO Javier Herrera. “We are working on a three-year investment plan to consolidate Portsur’s standing as a benchmark player in the Mediterranean area. We will leverage our strengths, which include a strategic location, infrastructure enabling us to handle any size of vessel, and efficient connections to the industrial hinterland.” The investment plan includes the extension and reorganisation of Portsur’s terminal with additional warehouses and silos, new open storage areas and continuous infrastructural improvements to be in line with best-in-class storage and handling practices.

“Jaime Prieto and Tomás Neuhaus know the financial world: they did a fantastic job restructuring Portsur’s debt. They are always calm – never aggressive. On a more personal level, I appreciated the fact that we could speak in Spanish. I am really excited about starting this new phase of Portsur’s project.”